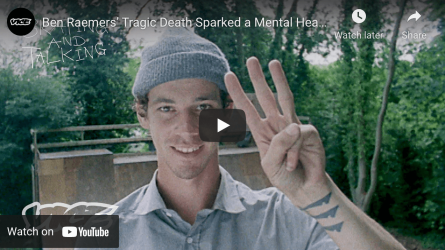 In May 2019, the skateboarding industry was left devastated by the news that British pro skater Ben Raemers had died by suicide at the age of 28. Ben’s approach to skateboarding – with his unique blend of transition and street skating – meant that he was one of a small number of British skaters to gain an international reputation over the past decade.

In this film, friends and family reflect on Ben’s rise to US sponsorship, and the struggles that came later as his mental health deteriorated. His tragic death sparked a mental health reckoning within the skate community, with other pro-skaters now questioning their assumptions about mental health and sharing stories of their own.