Skateboarding is a positive and empowering activity, especially for young girls and women gxrls; and it’s a great tool to develop leadership. That’s why last year, Skateistan joined up with Women Win (an NGO that focuses on empowering women through sport) to launch the first round of the ROLL Models program. The aim of ROLL Models is to empower the next generation of women leaders through leadership training and seed grants. A total of 26 womxn were selected to be part of the 2020 ROLL Models program and carry out their own skateboarding projects for girls and women  in Greece, Germany, the Netherlands and Belgium.

At the beginning, the plan was for all the ROLL Models to  travel to Berlin for the first ever ROLL Models Leadership Camp. However, due to the current COVID-19 situation, travel wasn’t possible and many people were unable to carry out their projects as planned. This meant that the camp was adjusted to an online webinar format .

All the ROLL Models showed so much resilience, creativity and support towards each other and as a result most of them managed to adapt their projects to the current situation, however, this was not the case for everyone, and some projects had to be postponed.

Despite the pandemic, there were however some great skateboarding projects for girls carried out in 2020, so we thought it was a good idea to share the experiences of some of our 2020 ROLL Models. We recently spoke with a handful of them about their experiences and reflections. We believe that they have much to share with others interested to run skate programs for children, including the 2021 ROLL Models participants, who will be selected in coming weeks. We are excited to share the first ROLL Model story in this blog series with you below!

Mérida Miller was one of last year’s ROLL Model participants who developed and ran an amazing “Skate and Create” program over eight weeks through her non-profit organization, Project Fearless! Since 2019 Project Fearless has been providing a space for any young girl in Amsterdam aged 9-14 to get hands-on, break stereotypes, find their voice and create an impact. Each of their courses are designed to give girls the tools and confidence to discover new passions, practice new skills and create new friendships; they are focused on fostering an environment that enables girls to form new bonds outside of their existing circle.

Having built a successful career in the fitness and innovation design industry, Mérida spent a lot of time working with people, understanding their motivations and their barriers and how to get the best out of them.

Originally from the US, she moved to Amsterdam after deciding it’s the perfect place to start their Project Fearless journey. The city houses such a diverse and international community of forward-thinking people keen to collaborate. But it’s not without its problems, the gender gap still exists in a lot of different areas and that’s exactly what they’re looking to bridge through their unique programmes.

Project Fearless believes it’s so important to provide both a physical space and the right kind of empowering but supportive atmosphere for girls to get the most out of their experience. The community spirit and collaboration they’re hoping to foster within the girls themselves is something they hope will grow into something much bigger than the walls of Project Fearless.

About the “Skate and Create” Project

The project which Mérida developed and ran, with support from the ROLL Models program, was an eight-week “Skate and Create” program for girls ages 9-14. Although Project Fearless had already been running a skateboarding program before joining the ROLL Models program, this was a unique opportunity to combine skating with new creative outlets and skills for the girls. Alongside skate sessions, they created zines and helped make a short video (below!) about skateboarding and mentorship.

For Mérida, being a part of the 2020 program allowed her to get more connected with skateboarding herself, and with the larger women’s skateboarding community.

“The meaning of the ROLL Models project was really cool because I came as a non skateboarder – I was learning how to skateboard – so for me I was one of the least experienced when it comes to skateboarding. I know that skateboarding is so much more than actually being on the board; it is the community, it’s the art and the culture which I love. That was a thing we really wanted to show to our girls because a lot of them really liked the idea of skateboarding – the community and the teamwork – but they maybe actually thought “I’m not good at skateboarding”. So we wanted to create a space for developing other discourse like: “Hey, it’s not about who can make the best trick, it’s about how much you loved it, how much you had fun, how you could be on the film crew and still be part of the skateboard community and take advantage.”

Mérida also told us about how she had to adjust her original project idea due to COVID-19 disruptions:

“We were really lucky because we were still able to meet in person. In Spring we couldn’t… but then in Summer and Autumn in Amsterdam we were allowed to meet in person so we were able to create the video during that time together, which was great. One of the aspects we had to change was the fact that we were hoping to have an in-person screening, but we could not do that. So we had to do a digital screening for our groups which was a shame because we were hoping to make it pretty big. I think we handled the situation and we were lucky to do that. We were actually able to put it in action.”

Project Fearless os about girls going places. They are aiming to enable more girls to become whatever they want; scientists, engineers, builders, makers, creators or to get to the top of any ladder they wish to climb- They want to equip girls with the tools to succeed in any aspect of their lives by plugging the gap currently left by society. By enabling girls to define how they see themselves from scratch, they will, in turn, rewrite how the world views girls in general.

We are super excited to announce that Project Fearless has just launched the new video about their 2020 girls’ skate program, called “How to be a Roll Model”.

“The idea was to work on the side. So in summer we made magazines, then we created a video called ‘How to be a Roll Model’. This did feature the girls in our program but the girls also worked alongside a female and non-binary film crew. The crew told them about the film industry; the girls had to use different resources to film themselves skating. The images the girls put together explains skateboarding as more than who makes the biggest trick, it is also about creating spaces for others, using your imagination… it’s like free flow, a bunch of fun.”

"Our hope this video will inspire others to jump on a board and join the community. Huge hanks to Goodpush for making this happen.” 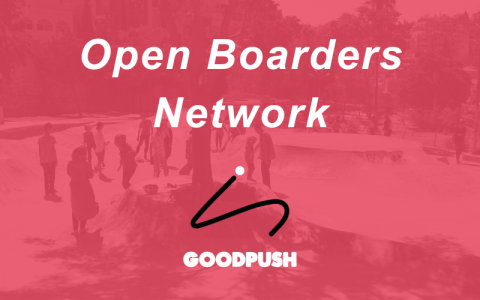 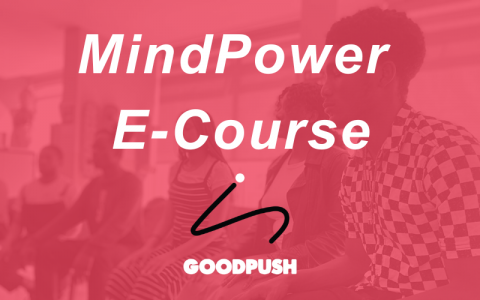